When the Rebel High Command heard about an Imperial gathering on WoTc IV,

A Rebel Assault was ordered and dispatched...

But this planet seemed oddly familiar...

There were even Jawas! 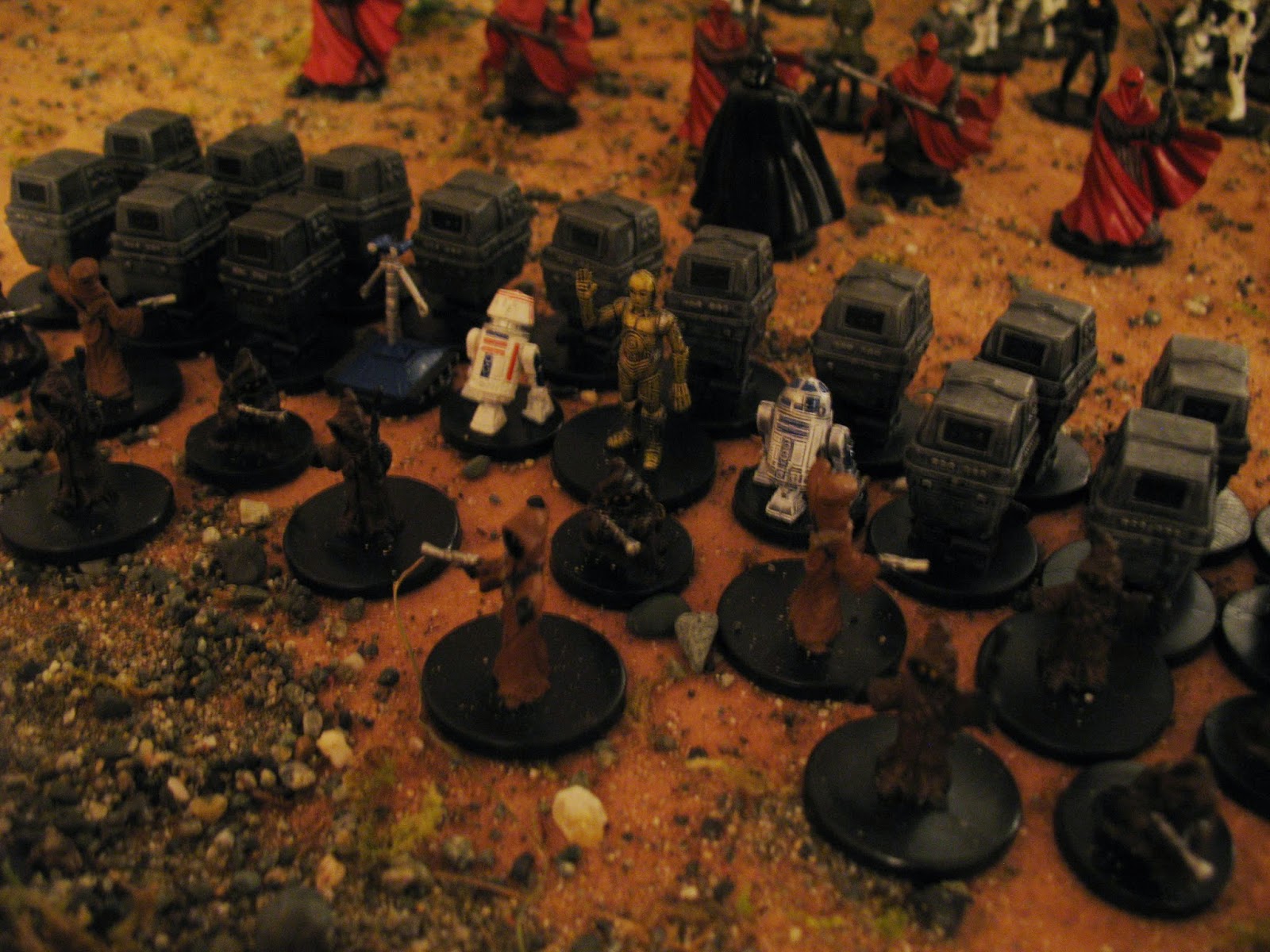 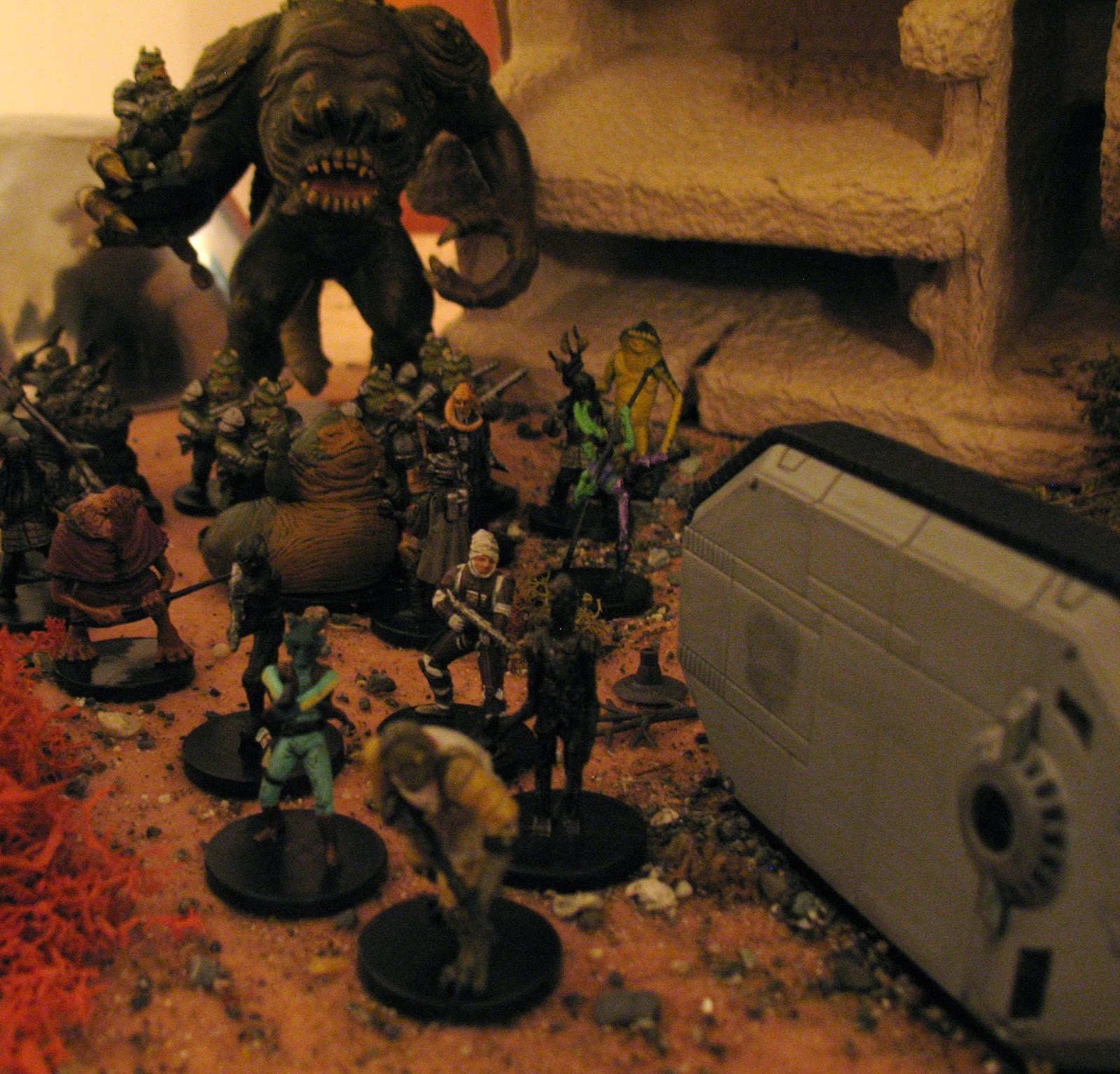 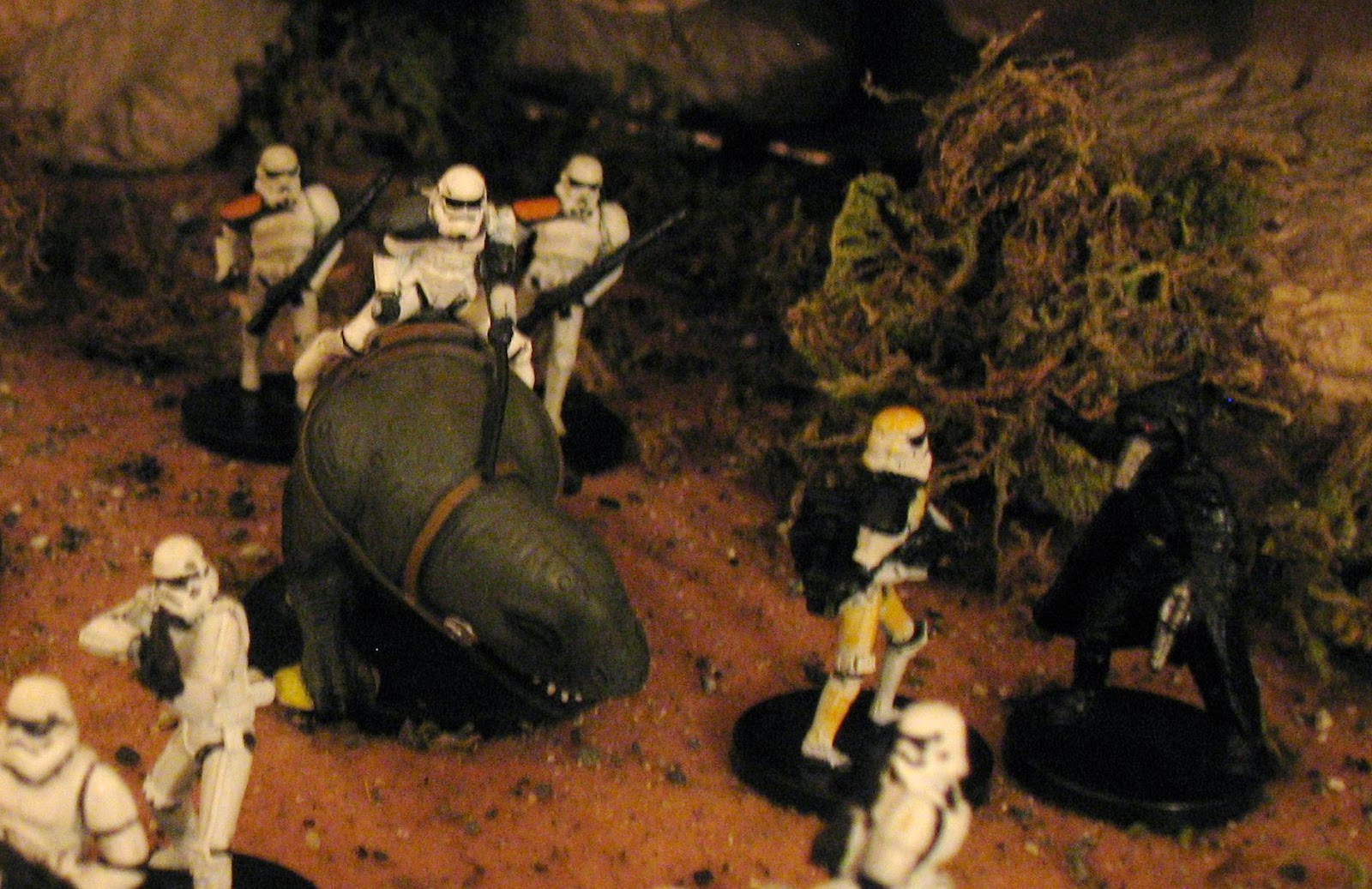 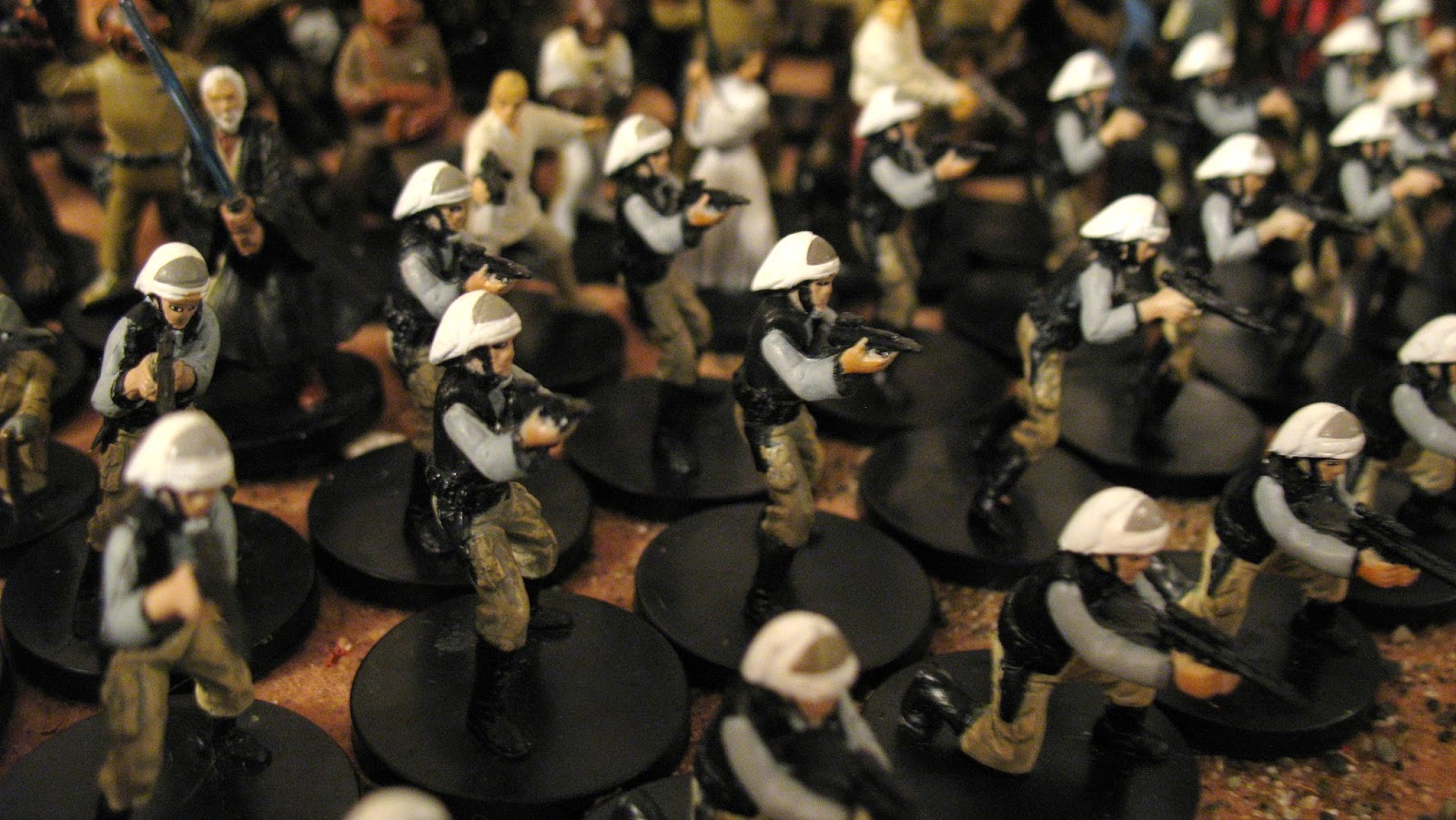 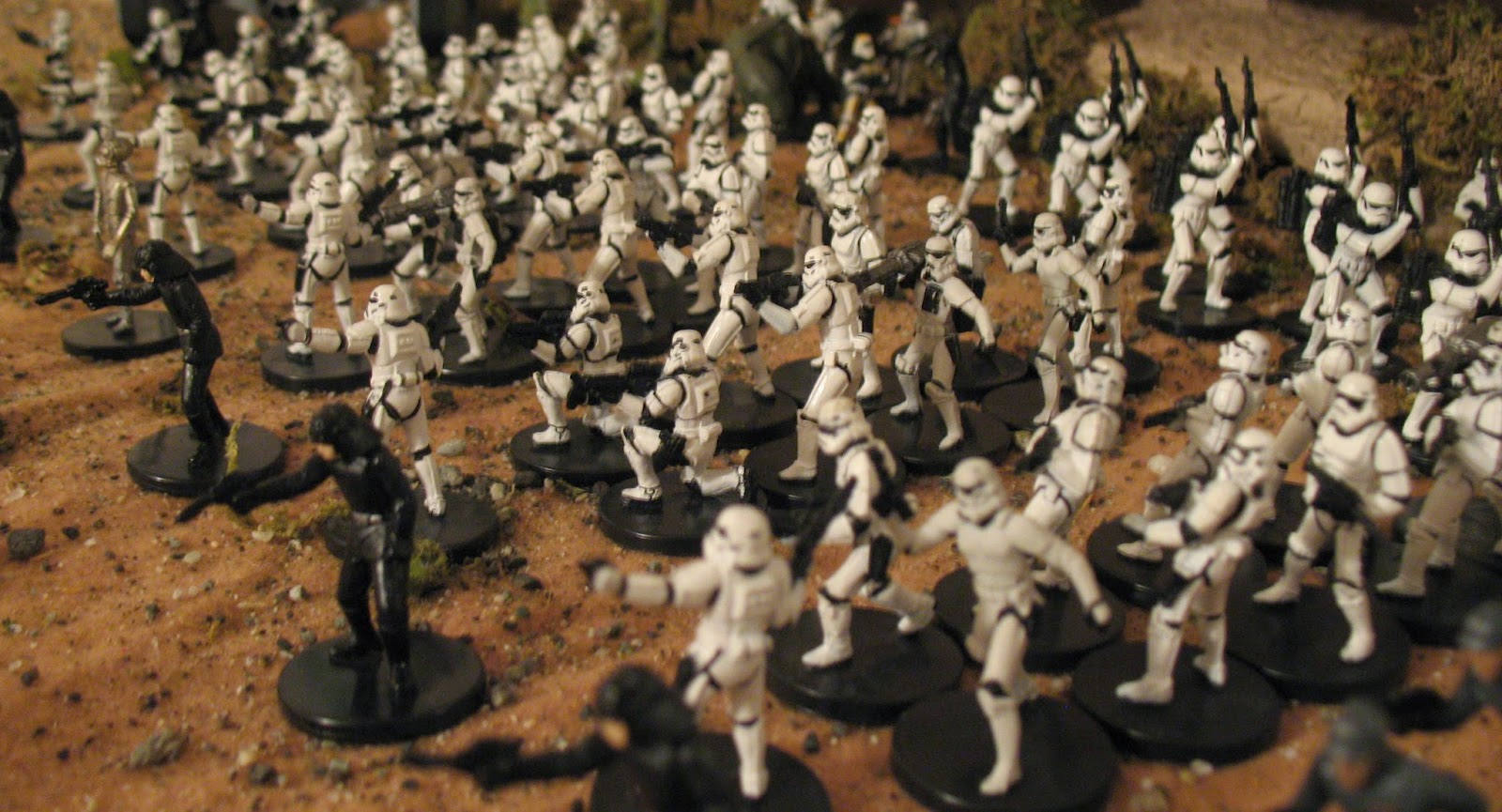 Yeah!  These are all WOTC Star Wars pre-painted minis.  I think they are really terrific.  And they are perfect for so many games - I have happily used them for Warzone, Imperial Commander, 40K, Star Grunt II, as well as the D20 games The Kid and I sometimes play.   But this weekend I asked The Kid if he wanted a game with the "little rubber Star War guys",  and was met with the reply, "no, I rather use the Rogue Trader ones".   This made me smile and then, made me vaguely sad.   Doesn't he see these fantastic figs as the Britain's Deetails of his generation?!

But that's not all!  This post was also prompted by an enjoyable visit yesterday to the fine blog, Oldenhammer in Toronto.  After reading it I was all fired up to get out the WOTC minis.  And I'm glad I did. 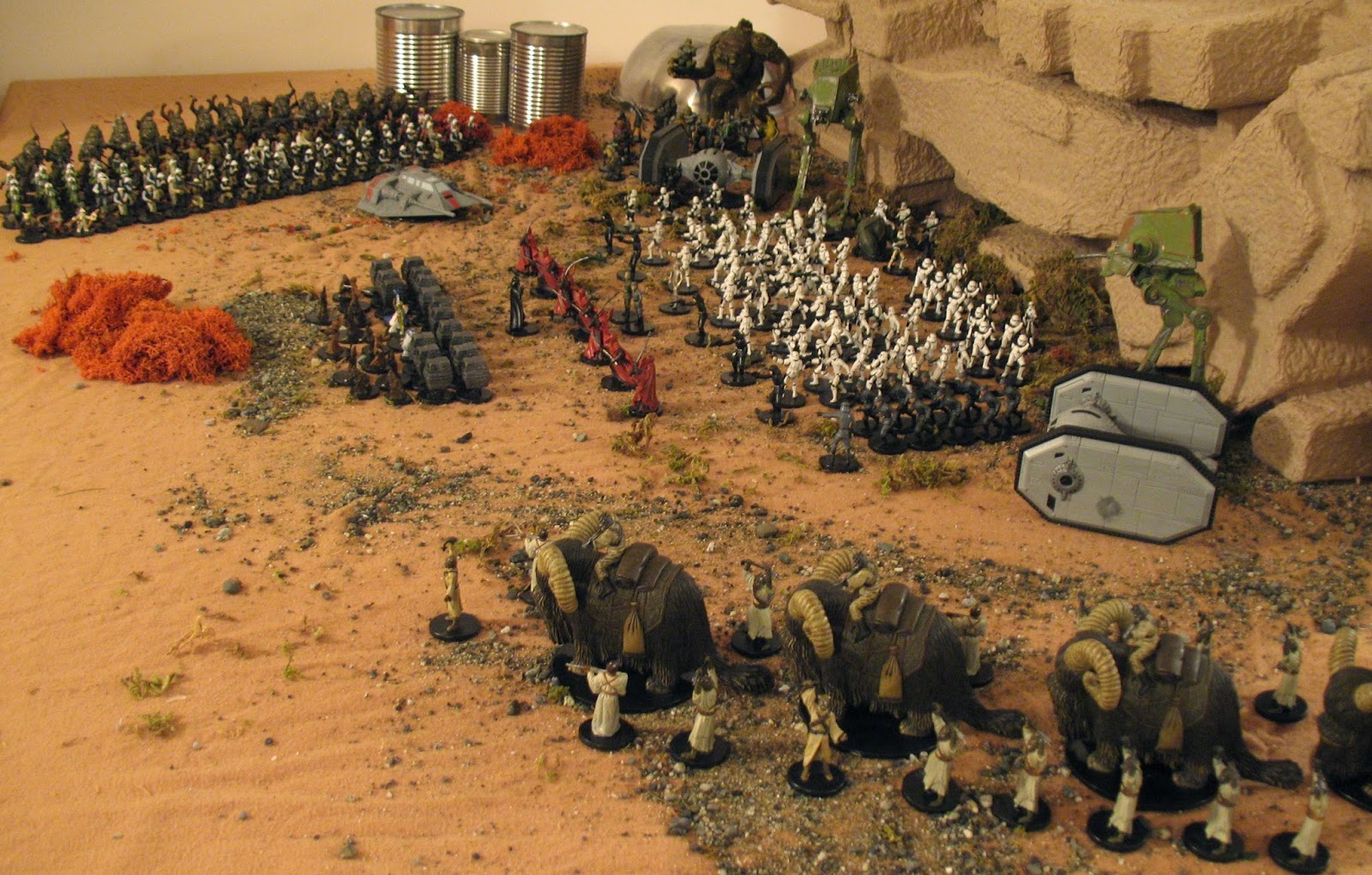 Now I think I'm going to go out and play in the rain with these great guys...Bye for now.
Posted by private w. at 12:55 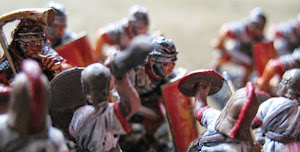 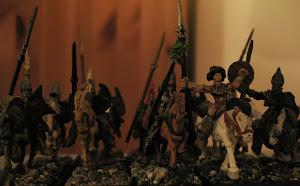 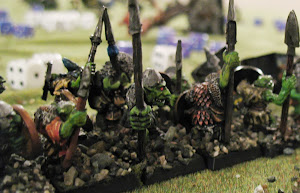 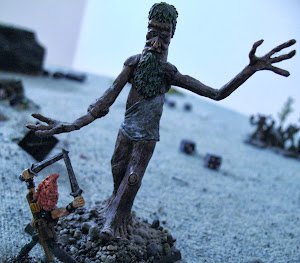 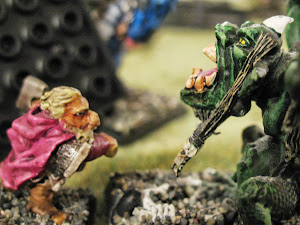 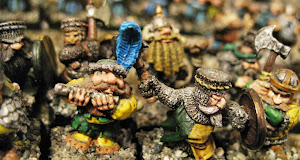 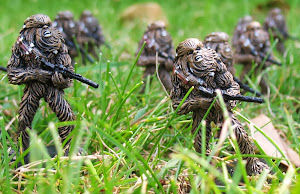 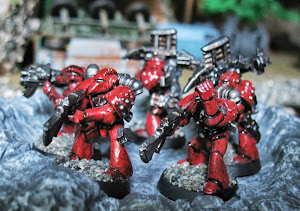